Let’s Be Realistic and Positive in 2019 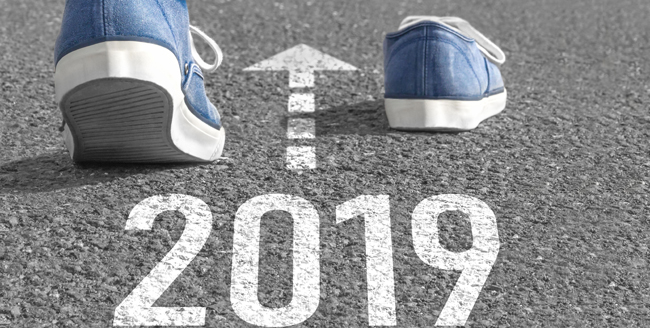 “The pessimist complains about the wind; the optimist expects it to change; the realist adjusts the sails” (William Arthur Ward)

As we wind down from a challenging year, perhaps it’s a good time to reflect on how we can make sure that 2019 is a year of positivity and recovery for South Africa.

Most of us are pessimistic about South Africa’s future and see the problems our country faces as too difficult to fix. This is a global phenomenon and you could poll people from the USA to China and get a similar response. Curiously, most people are optimistic about their own future and see the next five years as better than the last five.

Are our large problems insoluble?

We view the problems South Africa is facing as too big to get to grips with. Worse they seem to mount – in the last few years we have had state capture, load shedding, economic recession to name a few. It’s as though we are experiencing the waves of a tsunami – the waves just pile up until we feel overwhelmed.

One of the interesting things about global research on this topic is that it shows that the more understanding we have of the problems, the more optimistic we feel that there are solutions to these difficulties. In other words if we are aware of these problems and have given them some rational thought, then we know that if we seriously apply our minds to these issues we can find a solution.

Empirical evidence tells us this is not so far-fetched. For centuries we thought the Protestant v Catholic situation in Northern Ireland would drag on for ever and not be solved. Yet it was. The same with South Africa in the early 1990’s – civil war seemed inevitable but we negotiated our way out of this seeming dead end.

The South African economy is three and a half times bigger than it was in 1994. At least eleven million people have come out of dire poverty due to social grants. Millions of houses have been built, most people now have access to running water and electricity. These are concrete advances, yet, as noted above, we see issues such as load shedding as absolutely insoluble. The reality is that if enough people focus on each of these issues, they will come up with a solution.

Away with the clutter

Let’s concentrate on the big issues as we did in the early 1990’s. We need to change our pessimistic mindset into a positive outlook. With a change of attitude, we can make inroads into our problems.

At the moment, we have one urgently pressing problem – the economy. The good news is that looking at how keen private enterprise is to help solve this issue, we are on the right road.

Disclaimer: The information provided herein should not be used or relied on as professional advice. No liability can be accepted for any errors or omissions nor for any loss or damage arising from reliance upon any information herein. Always contact your professional adviser for specific and detailed advice.

We use cookies on our website to give you the most relevant experience by remembering your preferences and repeat visits. By clicking “Accept All”, you consent to the use of ALL the cookies. However, you may visit "Cookie Settings" to provide a controlled consent.
Cookie SettingsAccept All
Manage consent

This website uses cookies to improve your experience while you navigate through the website. Out of these, the cookies that are categorized as necessary are stored on your browser as they are essential for the working of basic functionalities of the website. We also use third-party cookies that help us analyze and understand how you use this website. These cookies will be stored in your browser only with your consent. You also have the option to opt-out of these cookies. But opting out of some of these cookies may affect your browsing experience.
Necessary Always Enabled
Necessary cookies are absolutely essential for the website to function properly. This category only includes cookies that ensures basic functionalities and security features of the website. These cookies do not store any personal information.
Non-necessary
Any cookies that may not be particularly necessary for the website to function and is used specifically to collect user personal data via analytics, ads, other embedded contents are termed as non-necessary cookies. It is mandatory to procure user consent prior to running these cookies on your website.
SAVE & ACCEPT